Vitamin D is one of the fat soluble vitamins and is essential for the normal maintenance of the calcium metabolism. There are two forms of vitamin D namely vitamin D2 (ergocalciferol) and vitamin D3 (cholecalciferol).
Ergo sterol is synthesised by plants and converted into ergocalciferol by ultraviolet rays of light.
Vitamin D3 is synthesised by human skin when exposed to ultraviolet-B rays of sunlight.
Vitamin D is inactive and undergoes metabolism in the body to change into active forms.
Vitamin D after entering the blood stream is taken to liver where it is transformed into 25-hydroxyvitamin D, which is the major circulating form of vitamin D.
Increased dietary intake or increased sun light exposure helps in increasing the serum levels of vitamin D.
Though categorised as vitamin, vitamin D functions more as a hormone.
Vitamin D helps in the maintenance of normal levels of phosphate and calcium in the blood.
The proper blood levels of these minerals are required for normal muscle contraction, mineralization of bones, cellular functions and nerve signal conduction.
Calcitriol, the active form of vitamin D helps in the intestinal absorption of calcium and the resorption of calcium in the kidneys.
Calcitriol helps in transcription of genes coding for bone matrix formation and calcium transport.
Vitamin D helps in bone growth and the lack of it can result in brittle, misshapen and thin bones.
Vitamin D also has certain immunological functions  and is effectively used in treating skin disorders like psoriasis.
Vitamin D is also believed to control certain types of colon, prostate and breast cancers. 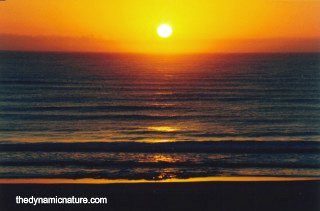 Inadequate exposure to sun, insufficient intake of vitamin D containing foods, disorders of vitamin D absorption from intestines and disorders of its resorption in the kidneys can result in its deficiency.
Deficiency of vitamin D in infants and small children leads to the deficiency disease called Rickets.
The growing bones fail to mineralise and the limb bones are the most affected.
Weight bearing bones of the arms and the legs, in the absence of proper mineralization, become bowed and deformed.
The fontanels in the infant skull (soft pulsating spots) may close very late.
Due to pulling of the diaphragm the rib cage may get deformed.
As the low serum levels of vitamin D results in low levels of calcium, seizures may occur.

As adult bone tissue is also in a state of constant repair and turn over, severe deficiency of vitamin D causes soft bones.
This condition is called osteomalacia, wherein, the bone matrix is retained but calcium is continuously lost giving rise to pain in the bones.
Muscle weakness and pain are the early symptoms of deficiency of vitamin D.

Osteoporosis is the result of loss of bone density primarily due to hormonal imbalances and the vitamin D deficiency can aggravate the problem.
The early symptoms may go undetected and may be detected at an advanced stage when fractures occur. So it is advisable to check the bone density periodically for the susceptible populations.
Infants may suffer insufficiency if the nursing mothers are having deficiency of vitamin D.
It is advised that infants be exposed to sun light and also supplemented with vitamin D to avoid deficiency of this vitamin and the resultant rickets.

Toxicity to vitamin D is rare as excess vitamin is degraded. In high doses of supplements weakness and nausea may occur.


Disclaimer: Not professional advice - The above content is just for informational & educational purpose only If you need specific medical advice please seek a professional doctor who is licensed or knowledgeable in that area.